A year 12 student shares her concerns about the misinformation in the education system and being forced to decide on a career too soon.

Every high school student can recall a time when one of their teachers said, “Just you wait until you’re in year 12!”.

It is the stock-standard response to a non-VCE student complaining about their study load or their lack of balance when it comes to their school and social lives; it has even been used as a threat for students who haven’t handed in assignments on time, or for students who are often late to class.

Year 12 VCE student Mia from Melbourne describes herself as an “imaginative, open-minded, and unique soon-to-be 18-year-old with an unhealthy love for rock stars from the 70’s and 80’s”.

Her relaxed demeanour and willingness to be interviewed on a Saturday night did not give the impression that she had assignments to complete over the weekend that were due on Monday morning.

Mia is undertaking Year 12 Psychology, Legal Studies, Theatre Studies, History Revolutions and English. All interesting and demanding subjects, but mostly subjects that, according to the study score bell curve, will get scaled down after she sits her VCE exams.

As reported by Deakin University’s blog this., maths and science subjects are usually scaled up, while arts subjects are scaled down… “the scaling is actually based on how strong the competition in the subject is.”[1]

If the scaling is based on popularity of the course, can we guarantee that the year 12 exams are granting each student an equal opportunity to pursue further study?

Students’ knowledge of alternative pathways and further study options are subjective to each school and their willingness to seek further assistance and options. In Mia’s experience, not all schools give their students the resources, support, or time to prepare for their futures, but they still put pressure on them to make these largely uninformed decisions.

In her early and formative years of secondary education, Mia attended a school that did not give her the knowledge to make informed decisions, while still pressuring her to pick subjects and electives that she would set her up for year 12 and tertiary study. It wasn’t until Mia and her family identified that there was a gap in her knowledge that they took the initiative to transfer for year 11 that she began to understand the process of VCE and tertiary education.

Even so, when asked about her knowledge of the VCE scaling system and whether it impacted her subject choices, Mia said, “I have no idea what that is. Is it important?”

With this hindsight, Mia could have been more strategic in choosing her subjects when she was younger; meaning that there was a chance that the decisions she made as a 13-year-old could set her back once she graduates.

With the retirement age steadily rising, forcing Australian youths to make big decisions about their careers too early in their academic lives could prove to be detrimental to their overall success.

“I believe I was forced to think about this too early,” said Mia.

“Within a few weeks of year 7, we were told to create plans and to think about jobs and pathways after graduating… It’s too much pressure for a 12-year-old. I’ve never forgiven them for it because I still feel immense pressure whenever I think about pathways.”

The pressure of having all the answers as early as year eight when you are choosing electives, as well as ensuring consistent high marks and then dealing with the disappointment and potential repercussions of not achieving desired outcomes is a lot for a developing brain to handle.

According to the University of Rochester Medical Centre Encyclopedia, the rational part of the teen brain “isn’t fully developed, and won’t be, until the age of 25 or so.”

One of the largest national student surveys by Headspace on the mental health of Australian students has shown that almost 70 per cent of respondents rated their mental health as poor or fair.

Meanwhile, two-thirds reported high or very high psychological distress over the past 12 months.[3]

“There are many days where I dream about taking a mental break from VCE without caring about the consequences, but I physically cannot do it. It almost feels illegal.” Mia remarked.

“I stress a lot and then try to distract myself from the stress. I want to do my very best and I know I can, but right now I am taking things day by day because I have a lot to juggle,” Mia continues.

Many students are not familiar with the post VCE process or what options are available to them if they don’t achieve the study score required to get into their courses and believe that their study score or ATAR is the only gateway into their desired university course.

“I think it’s inevitable to doubt future decisions. There’s a lot riding on the question ‘Am I doing the right thing?”.

“I have very supportive family and friends. You need to believe in yourself first and foremost, but having others express that they believe in your ability to go somewhere in life really gives you the kick you need to keep going.”

Mia will sit the General Achievement Test (GAT) in June, and then sit her first VCE exams in October 2021. She aspires to become a counsellor because she can imagine herself “sitting across from someone in an office with leather seats and oak tables asking, ‘How do you feel about that?’.”

After a turbulent year of remote learning in 2020, Mia admitted that she is surprised she made it to year 12… “I may not be the strongest mentally at the moment, but I’m beginning to have faith in myself.”

[1] VCE Study Scores: Understanding the raw and scaled scores – this. By Deakin University. 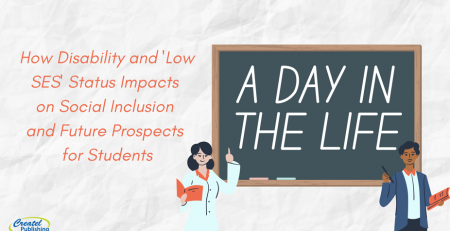 Schools across Australia catering for disabilities and in low-income areas are facing challenges above and beyond what the average school contends with on a day-to-day basis. They are trying... read more 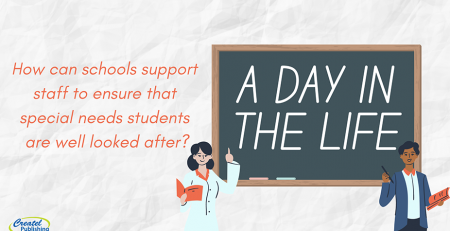 A day in the life: How can schools support their staff to ensure that special needs students are well looked after?

In a time of global instability, students with special needs require as much support as they can get, but the impact that this can have on teachers is phenomenal.... read more 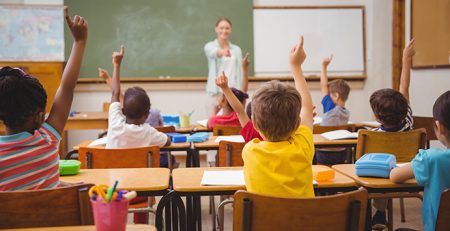 More and more teachers are finding themselves buried under mounds of paperwork that Adam Voigt describes as “pointless box-ticking and red tape that offer[s] little-to-no value to the school... read more Kylie is a mother of four children in Victoria, three of whom have additional needs, and can offer a unique perspective last year’s COVID-19-induced lockdown learning. As a family... read more 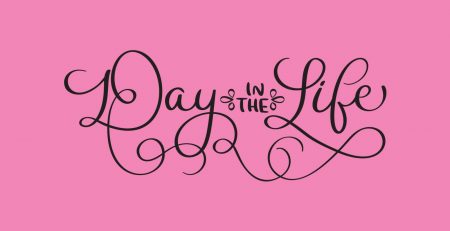 At Createl we love discovering stories, so this year we will be talking to various guests to get a snapshot of key aspects of their life. The blog series... read more

5 Top Tips for Staff Wellbeing to Enhance your School